Happy Labor Day!  We’ve been following the national walkouts and rallies of our fellow food system workers who are calling for a real rise in the minimum wage to a livable $15 per hour from an average of $9; it’s interesting to learn that at the March on Washington 50 years ago, one of the rallying cries was a rise from $1.15 per hour to $2, which adjusted for inflation is very similar to what these workers seek today (read more at: http://www.nytimes.com/2013/09/01/opinion/sunday/labor-then-and-now.html).    In farm news, today was a bit of an odd one, with on-and-off thunderstorms, but the rain gave us a chance to start the process of getting our cured onions out of their hoophouse and into sacks for storage.  The next step for that hoophouse will be curing of winter squash, whose harvest isn’t too far away now!  We enjoyed this evening activity, but Utah, not so much–she spent the time pathetically hunkered down, trembling in fear of the occasional rolling thunder.  We covered her with discarded onion greens to comfort her, which helped a little.

A few notes.  We’re running low on pint containers, so if you have any hanging around the house or car, we’d be glad to take them back to re-use.  Otherwise, we will ask you to count out 47 cherry tomatoes each week from a mountain of them.  Kidding.

Patty pan squash!  Several of you have asked about how to use them, and since they seem to be the current champs among their fellow squashes production-wise, you’ll be pleased to know that you should just chop them up and use them as you use other squash (no need to peel, at least in our opinion).  You can even cut out the tops, stuff them and bake them in the oven. 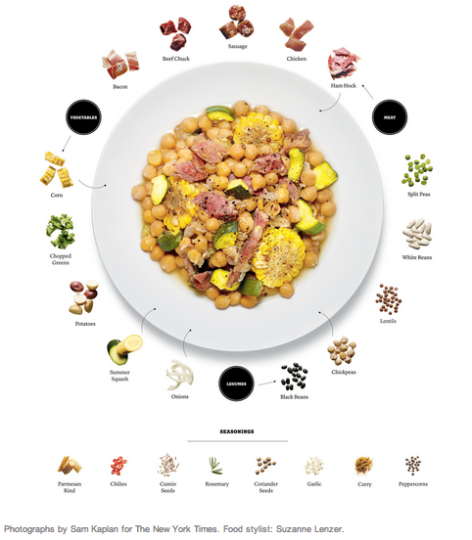